(tweet, tweet, tweet, whistle, whistle, whistle, chirp, chirp, chirp,
tweet... whistle... chirp...)
... ... ...did you find the pattern of distinguished bird chirps?
This week I focused on nature observation through the “pattern lens”. It was about 12:30pm on Wednesday April 6th, 2011 when I headed to my observation location.  The weather was overcast and the temperature was 68 degree.
I was able to find examples of branching (fractal) patterns.  The branching of veins in our arms is the same forked or splitting pattern ("fractal") seen in leaves and trees and it is the same pattern we observe in tributaries of rivers. Below, you will find the examples I captured of fractal patterning:
-Leaves
-Tree Roots
-Tree Branches
-Plants growing along the ground
-Tumble Weed 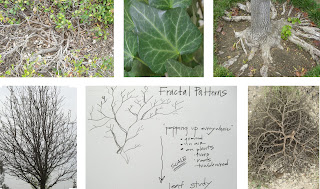 This investigation lead me to study individual leaves.  Below, I have provided you images of the fractal/branching/veining found on a variety of leaves within my observation location. It is so interesting to see the variety of leaf shapes, sizes and colors with such a similar pattern instilled. 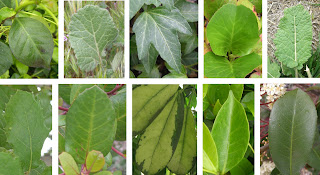 The above images serve as the perfect example to how nature "transcends scale". Meaning, what works at the cellular level (micro scale) works at the macro scale and even systems scale.
H O W      A M A Z I N G      I S      N A T U R E     !!!
I was also able to find examples of a spiral patterns. Below you will see what I found today:
-Snail Shell
-The Center of a Sunflower 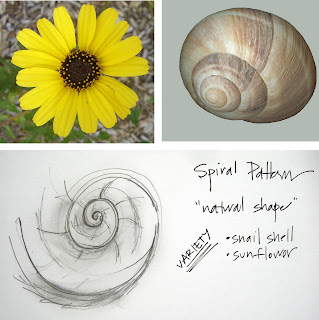 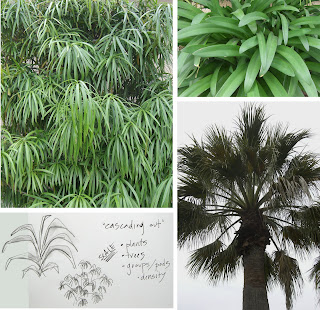 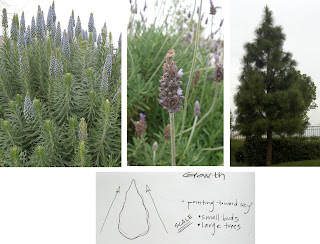 As I was observing I was also able to understand how abiotic (non-living –such as air, water, etc.) conditions create patterns. I saw many trees bent to the southwest (roots slowly pulling out of the ground) telling me those winds flow north to south/west off the mountains each day.
What a great day of natural pattern discovery. I sure hope you enjoyed my discoveries!
...until next time
Posted by S Angne at 3:36 PM